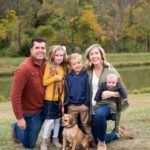 Lindsay is a 2001 QHS Graduate. She attended University of Kansas where she graduated with a degree in Interior Design. She and her high school sweetheart, Mitch, moved back to Quincy in 2010 when they tied the knot. They have 3 wonderful children - Madison, Will, & Jackson. Lindsay opened GemStone Countertops in 2019. Lindsay wants to make Quincy Public Schools as strong as possible to ensure a wonderful education for all students. 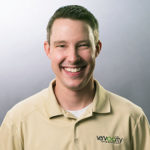 Cody Hageman is a 2000 graduate of Quincy Senior High School. He attended Quincy University and graduated in 2004 with a degree in Computer Science. He and his wife, Kayla, co-own Vervocity, a web development, marketing, and creative solutions company in Quincy. He and Kayla have two children, Ally & Arie, currently attending QPS. In his free time Cody enjoys working on home improvement projects, camping with family, spending time outdoors, working in the yard, and White Sox baseball. He enjoys using his skill set to support the QPS Foundation by helping spread its message, knowing that the children at Quincy Public Schools are being benefited. 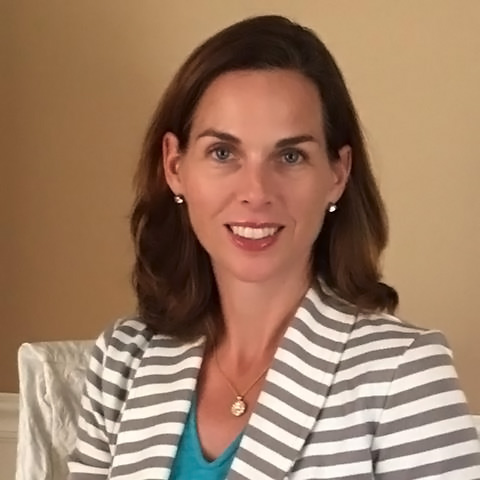 Rachel has been a Trustee for the Foundation since 2015, and previously served as President and Vice President. Rachel earned her J.D. in 1998, with honors, from St. Louis University School of Law, and her B.A., cum laude, from the University Of Louisville School Of Business in 1995. She is an instructor of Pre-Law/Criminal Justice at Quincy University and John Wood Community College in Illinois. She also teaches online Graduate students at the University of Louisville and at Oklahoma State University in the Masters of Engineering Programs at both those institutions. She is passionate about education, and particularly public education. Rachel is the mother two QPS students. She is active in the parent/teacher organization at QHS, serving as president.

Heather is a 1994 graduate of Quincy High School. She received her Bachelor’s of Science Degree in Accounting from Quincy University in 2000 and is a Certified Public Accountant. She worked as a staff accountant at Gray Hunter Stenn LLP for two years. Heather is currently the Finance Director for The Salvation Army Kroc Center in Quincy and has been with the organization for 17 years. Heather is also owner and operator of HLC Tax. She was recently welcomed as a provisional to the Quincy Service League. She has been married to her husband Jason for 15 years and they have a 13-year-old son (Camren). Camren attends Quincy Junior High School and plays baseball for the Comets. Heather enjoys spending time with friends and family, restoring furniture, exercise, golf and watching her son play baseball. Her devotion to the Quincy community and education inspired her to get involved with the QPS Foundation. 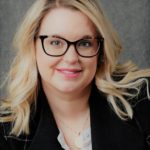 Michaela Fray enters her 15th year as an educator. Raised in Augusta, Illinois, the daughter of two life-long educators and a basketball coach. Michaela has only ever wanted to serve as an educator. She attended Quincy University where she was a member of the basketball team and received a Bachelors' Degree in Elementary Education.

Michaela actively serves as the Secretary on the Horizons Board and as Vice President on the Mart Heinen Board at QU. She is also anxious to begin training for CASA Advocacy in the coming year.

Michaela is engaged to Andy Tappe, and they will be married in the fall of 2021. Michaela and Andy are both passionate about serving their community and region. 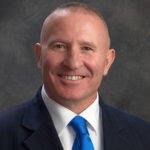 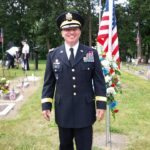 Roy Webb is the Superintendent of Schools of Quincy Public Schools, Quincy, Illinois. He has been an educator for over twenty-five years as a teacher, coach, athletic director, principal, and superintendent. Roy received a Bachelor’s Degree in Education from Western Illinois University, Macomb, IL, in 1991. In 1999, he was awarded a Masters Degree in Education Administration from WIU and later his Education Specialist Degree. He also received a Masters Degree in Strategic Studies from the U.S. Army War College, Carlisle, Pennsylvania, in 2005.  Roy was a member of the Iowa Guard from 1980 to July of 2016, achieving the rank of Brigadier General. Roy is married to Trisha Webb, and they have two children: son, Case, and daughter, Dawn.

Regarding his tenure at QPS: "The students and staff are amazing. I love the Blue Devil tradition, the diversity, and the ambition to be the best." 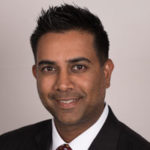 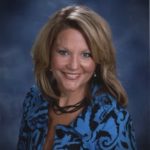 After 21 years in marketing and advertising, Brandy is President of Brand Advantage Marketing Agency located in Quincy. Brandy is on the Quincy Humane Society Board, Advocacy for Children Network and various committees at the Quincy Art Center. She recently married Mike Ridder of Adams Fiber and has 2 stepsons Adam and Austin and a dog Lucy. Brandy graduated from Quincy High in 1993 and University of Illinois at Urbana Champaign in 1997 with a degree in Communications. 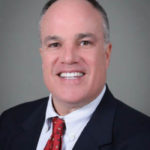 Dr. George Crickard is an Orthopedist with Quincy Medical group and a proud graduate of Quincy Senior High School. He attended the QPS schools graduating in 1984 from QHS.

"I have always been proud of my schooling and feel that it allowed me to be successful in college and medical school. My wife, Maureen and I returned to Quincy in 1998 when I started as an orthopedic surgeon at Quincy Medical Group.

Our kids are products of the QPS system as well. George IV is currently getting his doctorate of occupational therapy at Western New England Univ. Grace is a senior nursing student at Auburn University. My youngest Jack is at QHS.

I enjoy traveling with the family, history, and cycling." 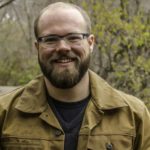 Alexander Drummond is a serial entrepreneur. He sold his educational technology company, StudyCloud, to Avant Credit in 2015. Since then, he has provided strategic consulting to other startup companies. Alexander is a graduate of the London School of Economics and Political Science and attended the Quincy Public Schools through 9th Grade. He and Lauren Kiest worked together with the district to develop the computer science curriculum roadmap. 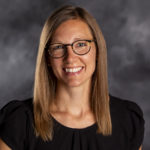 Heidi Holzgrafe is a 2000 graduate of Quincy Senior High School. She and her husband, Eric Loos, a 2001 QHS alum, returned to their beloved hometown in 2019. As a member of the Quincy Public Schools Foundation, Heidi hopes to grow community support of the organization. She believes investment in our students, educators and facilities is essential to maintaining quality of life of the entire community long term. Prior to moving back to Quincy, Heidi worked for a real estate investment firm based in Chicago overseeing operations for their national multi-family housing portfolio.

Heidi also sits on the Board of the Quincy Art Center. 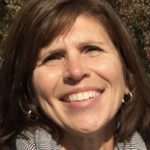 Born and raised in Breese, Illinois, Diane attended Mater Dei High School and graduated in 1978. She later attended and graduated from Quincy College in 1982 and never left the community. Fortunately, she was able to find a job teaching Math at Quincy Junior High School right out of college. Diane retired from QPS in 2015 after enjoying 35 great years as a teacher and principal.

Today, Diane enjoys the life of a retiree. You can find her traveling, enjoying the outdoors, spending time with family and friends or participating in a competitive game of pickleball. 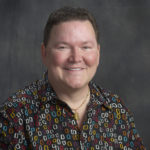 Carson Kirk, son of former Quincy teachers Carolyn and Houston Kirk, is President of the Kirk Family Foundation, which is mainly geared towards education.  To that end, Carson has really appreciated the opportunity to get involved with the QPSF as a trustee and as a staunch supporter of the Circles of Investment program.  Despite being a longtime Floridian, Carson enjoys his ties to the Quincy community, and is still a big Cardinal fan. 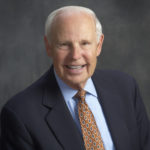 George Meyer is a former teacher, coach and administrator in the Quincy Public School district for 34 years and was superintendent during his last four years with QPS.

George was born and raised in East St. Louis, IL. He graduated from Quincy University in 1963, and he married Mary Nell Frier in the summer of 1963. They both began teaching at QJHS. He obtained his Doctorate from the University of Missouri in 1972. George and Mary Nell had three chiIdren who graduated from QHS. He worked in the QPS system and retired as Superintendent in 1997. George then taught and became Dean of the School of Education at Quincy University until he retired again in 2006. Since then George has been involved in bringing Covey’s 7 Habits of Highly Effective People to the schools of Adams County." 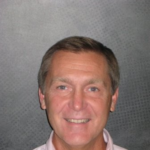 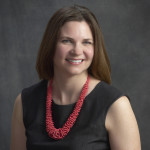 Katie Schelp and her husband Spencer are both graduates of Quincy Senior High School.  They have four children (Ben, Jane, Anne & Gus). Katie is the Director of Physician Recruitment & Retention for Quincy Medical Group.  After living away from Quincy for 16 years, the Schelps returned to the town they love in 2011.  Katie believes that a strong public school system is essential for Quincy to continue to be a place where people want to raise their families.

Todd and his wife Jill have four children, each of them attended Quincy Public Schools through their entire K-12 schooling (the youngest is still at QHS). Todd has been a Trustee for more than 13 years. During that time, he has seen the value of the Foundation’s partnership with the public schools to provide much-needed support for students, educators and parents in many ways and for needs that would not have been satisfied otherwise.

After graduating from Quincy High School in 2001, Ben attended the University of Kansas and graduated in 2006. From there, Ben and his wife moved to Philadelphia, PA where Ben started his television career as a Political Representative for Blair Television. Ben stuck with Blair Television for several years as that job moved them from Philadelphia, to New York City, to Chicago IL over the span of about 6 years. Ben then joined Quincy Media, Inc as an Account Executive for WSJV in South Bend, IN. After becoming Local Sales Manager while in South Bend after a few years, Ben became General Sales Manager at KXLT and relocated to Rochester, MN. That same job opportunity became available at WGEM in Quincy, IL where Ben was born and raised and moved back in 2017. In early 2021, Ben became the Vice President & General Manager of WGEM.

Ben and his wife Amanda have two daughters, Olivia and Emma. Ben is an avid sports fan and enjoys spending time with family & friends. Ben and his family are active at St. John’s Episcopal Church and several other community organizations. With any free time, you can often find Ben on the golf course or outside chasing around the kids in the neighborhood.